Coding stolen from other database yohohoho~

Likes: Music, cats, sleeping
Dislikes: Nightmares
Personality: Loyal, nice, a bit distant at times, cheeky to those that he's close to
Relationships: In a relationship with Farda
Affiliation: Scorpius (with Cassie & Ara)

Any Additional Info/Backstory: Levi is the singer, guitarist & frontman of Scorpius. He was Farda's adoptive brother but he ran from the household when he was 14. He met Cassie & Ara and has been very close to them ever since. He was a cook at a local diner before Scorpius made it big. He seems to have eternal rivalry with Sero or something

Any Additional Info/Backstory: Sero has been the much-talked about heir of the Italian mafia legacy ever since he was born. He's a brilliant businessman and also tactician. By the time he turned 30, he's already a very respectable figure in the business world as well as the underworld. He is Farda's mentor and guardian. He seems to have eternal rivalry with Levi or something

Likes: Plants, gardening, good books, fast food
Dislikes: Celebrations relating to him, cats, boring meetings
Personality: Polished, Selfless, has a rebellious side of him that not many people knows
Relationships: In a relationship with Levi
Affiliation: The Aracelians (with Sero & Nea)

Any Additional Info/Backstory: Farda is the bioengineering prodigy. He is the only child of Filius Ruzarcelia, the pharmaceutical mogul. He grew up with his strict, single father and often rebelled with his adoptive brother, Levi. After Levi left the family and the death of his father, Farda dedicated himself to the family business (under Sero's guidance).

Likes: Money, $$$, Money, $$$, Ancient relics, Eva Longoria
Dislikes: Being broke, being treated as a young boy
Personality: Demanding, Calculative, Manipulative, but ironically.. he is quite generous to needy people

Relationships: In a denial relationship with Aki's Levant
Affiliation: The Free Mason (with Sanji & Zoro)

Any Additional Info/Backstory: Ace is known as "The Forgotten Valenti". He is often brushed aside due to his age and being overshadowed by his uncle's (Sero) achievements. Tired of being compared, he quit college and went on a soul-searching adventure with Sanji & Zoro.

Posts : 68
Join date : 2012-03-03
Age : 37
Location : Subang Jaya, Malaysia
Name: Keiran Lévant Black
Type: Senior Delf
Mold: Senior Delf Wintery 2009
Gender: Male
Age: 27
Birthday/Arrival: October 31st (Arrival: December 25th, 2009)
Customization: Faceup by cifr (DoA)
Likes: Anything tea related (tea itself, teapots, tea time, tea parties, etc.), sweet things, street fighting, martial arts, going to the gym, fishing, cats.
Dislikes: Losing fights, feeling sluggish, random flashbacks that he gets occasionally, having to spend money (unless it is on Ace), sleeping, coffee.
Personality: A gentle giant. A very mild-tempered and patient person; there is almost never a time you would see him panic or lose his temper. Can be a little bit of a pushover sometimes, simply because he does not wish to argue. A hopeless romantic and sees love as something pure, sacred and something not to be messed around with. Cares deeply for Ace; Levant is terribly protective of him.
Relationships: Whippy's Ace (Love of his life), Madren (Non-blood related brother)
Any Additional Info/Backstory: Levant is a street fighter and according to Madren, a freeloader. He lost his family to a mysterious event when he was 6, and was unable to find them again. He met a wanderer who took him in and became his foster father. However, the same thing happened again and his foster father mysteriously vanished. Thanks to the survival skills taught by his foster father, Levant was able to survive by living in the streets and fighting for money and food. He met Madren by chance when he collapsed (due to fatigue and injury) in front of Madren's parked car. He has been living in Madren's apartment ever since. 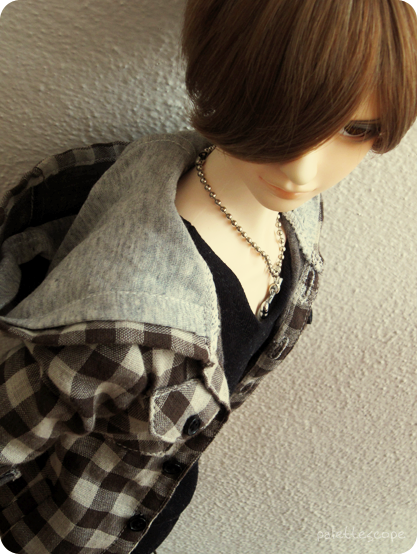 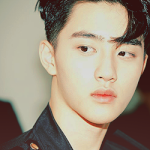 ) and being the big brother figure.
Dislikes: Being weak and reliant, KIDS, his family name (cos it's girly) and people hitting on his sister.
Personality: Borderline arrogant asshole, VAIN, Rebellious, Hot tempered and overly protective when it comes to his sister.
Relationships: Lavender (older sister) Verte (Landlord)
Any Additional Info/Backstory: Noir's the rebel kid. Always feeling that he would never fit in, he ran away from home for a good few years but only kept in contact with his sister.
When he arrived at the big city he picked up several odd jobs in order to support himself. He landed himself an apprenticeship in a cafe and has been there for quite some time (he denies the that he actually enjoys the job). Currently working on being a barista. 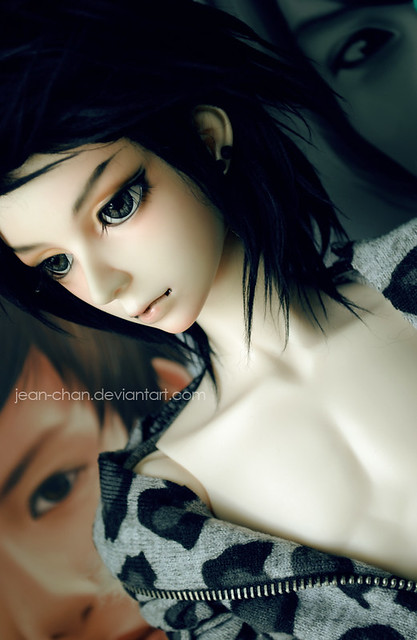 Any Additional Info/Backstory: Megumi is the light for the darkness (Mukasa) he always very nice and kind but he will stand for what he thinks right. He runs away from home when he was 15 because he want to do study THE music that his family hated. Though he's far away from family, he's not a very independant and hardly reliable to take care of himself, his brother Mukasa always around to look for him ^^; Megumi working part time at the dessert shop Natsu always go to. No he's not a good cook but he tries so very hard!!!
Photo: 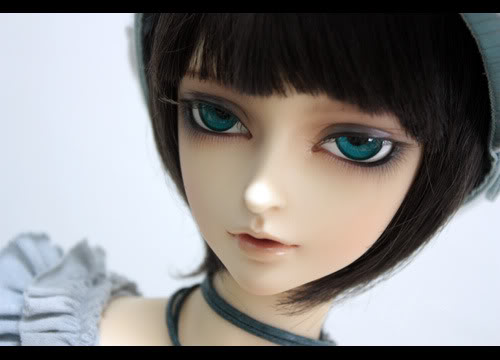 Any Additional Info/Backstory: When he was younger, he was a supermodel and a host in a club his ex owns. Now he owns the business, and have his very own modeling company. He's also the leader of his ex's Mafia company underground.

Posts : 90
Join date : 2012-03-04
Age : 37
Location : Kajang, Selangor
Name: Rick Horarius
Type: Senior Delf
Mold: winter Event head 2012
Gender: male
Birthday/Arrival: 12/1/2013
Customization: default face up by Luts
Likes: reading, cosplay, musics, his fiance and his family
Dislikes: politics, racism, and irresponsible people.
Personality: A very gentle, loving and caring boy. He can be friendly and social most of the times. Thou he smiles to you but you won't know what he's thinking.
Relationships: Fiance to Xiao Yu, cousin to Shuya and big brother to Raeka.
Any Additional Info/Backstory: A medical student that aim to be a doctor some day so he can help and heal people. He's also a gamer and a cosplayer. Due to his pile of work atm, he sort of back off a little from all this. Rick and Xiao Yu know each other since age 6. They are good friend to each other till grow up they found out both of them love each other and swear to be together. 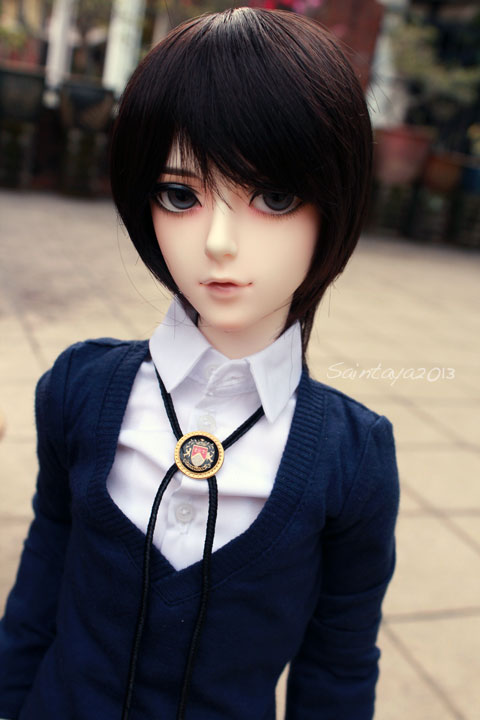 Posts : 90
Join date : 2012-03-04
Age : 37
Location : Kajang, Selangor
Name: Jack
Type: Senior Delf
Mold: Winter Head event 2008
Gender: male
Birthday/Arrival: December 18
Customization: face up by myself
Likes: snow/winter,children, games, toys...
Dislikes: being alone or left out.
Personality: He still kinda kept everything to himself. But for the moment he's a very sweet boy.
Relationships: no one to relate.
Any Additional Info/Backstory: He can't remember who he is or where he come from. He can't even remember his own name. He only remember a little like his age and birthday
Photo: 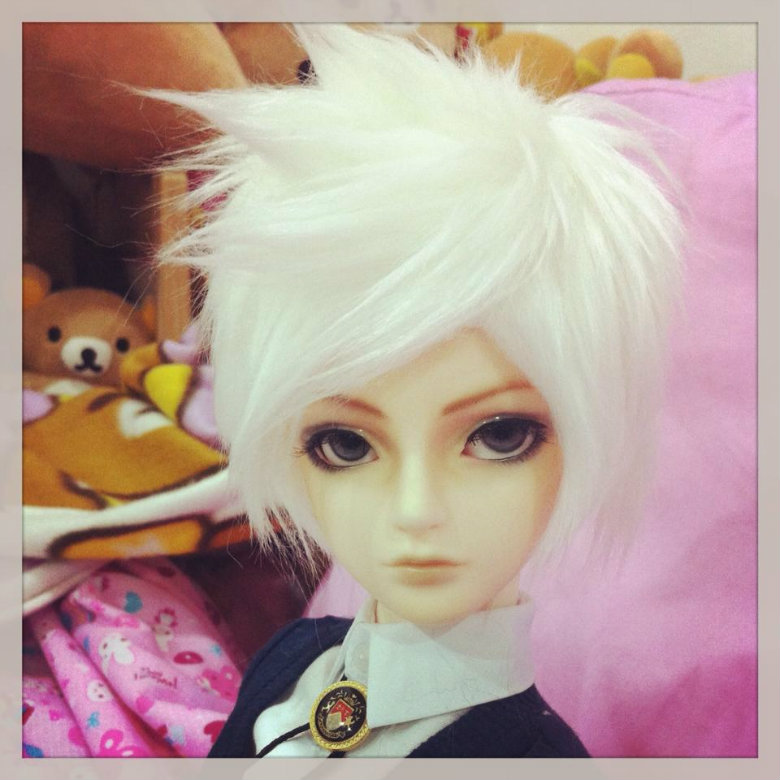 Re: The adults of Luts